Elevating the expanding opportunities in manufacturing

Perception, they say, is everything.

“And the manufacturing industry suffers with a horrible perception - people think it’s not well paying, it’s dirty, it’s just repetition, it’s not interesting,” says Kathy Looman, Director of Education & Gene Haas Centers Naming Grants at the Gene Haas Foundation. “One of the things the foundation is focused on is changing the perception of what manufacturing really is.”

The mission started with Gene Haas himself. After graduating and tiring of a first career as an accountant, he honed his love of machines in a race car pit crew, then poured his savings into a few manufacturing machines and launched a business. As he made tweaks and improvements to his machinery others caught wind and began purchasing their machines from Haas.

“He basically revolutionized the industry and made it so much less expensive,” says Looman.

An entrepreneurial and philanthropic spirit

It wasn’t long after making a name for himself in the manufacturing industry that Haas also became associated with giving back.

Upon moving and setting up a second facility in rural Ventura County, he discovered how many of his new employees were forced to leave their young children home alone while working their shifts.

“So he started donating money to the Boys and Girls Club and other places where the kids could get daycare,” explains Looman.

The ball only rolled on from there, as Haas became an advocate of stronger manufacturing education and career opportunities. Donations to schools to invest in machines for hands-on learning, scholarships for students to further their training, and sponsorships of STEM-focused organizations like First Robotics have become the centerpiece of the foundation’s mission.

“This year we have $22 million in budget to give back,” says Looman. “$7 million will be sent globally to help those pursuing a career in manufacturing.”

Building the next generation of manufacturing professionals

At the heart of the foundation’s programming is scholarships for secondary and post-secondary training or education. But unlike many scholarship programs with the administrators combing through profiles of students, the Gene Haas Foundation instead has the schools serve as the applicant.

“We don’t give money to individuals - the awards go to the school, not the students,” Looman explains. “We set strict criteria for the schools to meet to submit an application, but we’re lucky to be able to fund 98% of the schools that apply.”

The vetting process includes a full evaluation of the school’s program.

“I score them based on the strength of their program -- there’s a dozen things I score a school on. And then when a school is awarded, those at the school decide which students will receive scholarships.”

Looman says one reason is that it simply would require a bandwidth -- she’s reviewing hundreds of schools each year, which would be thousands of students -- that a small family foundation cannot manage. But she also believes this approach celebrates students and their achievements more purely.

“We believe the teachers in the classroom are going to know the kids the best, who really apples themselves,” she says. “They may not be the best writers in the world, but people who know them will know what they are good at.”

Like with many growing family foundations still attempting to manage their programs manually, Looman eventually found herself literally weighed down in paperwork.

“I was trying to carry around 700 applications at 20 pages a piece to vet them - rolling around a suitcase,” she laughs. “Applications would come in as emails, and then I’d print them, delete the email, all their information to our MailChimp system. You can see how difficult it was. And if I was traveling for a few days, I’d get back to a backlog. I had to manually make all my spreadsheets from the emails. I entered everything manually in Quickbooks. I mailed every letter.”

Seeing things only getting more complicated as the popularity of the programs grew, the foundation board hired a contractor to begin a search for a technology solution. After interviewing Looman in depth -- and spending nearly a year then vetting grant and scholarship management systems on the market -- three possible vendors were proposed.

“Right away I liked WizeHive best,” says Looman. “Some of it was because of the functionality. The price was more competitive for the abilities. And I really liked the idea of a cloud system and being able to create the views and filters to see one line item across all applications -- to see things the way I wanted.”

While the upgrade to an end-to-end platform has saved Looman significant time and energy, it's also improved how their board gains visibility to program impact. And during the COVID-19 lockdowns, it became an invaluable tool for keeping lines of communication open and collecting information about how partners around the world were adjusting.

Looman also says it was the WizeHive team’s transparency and assistance -- from honesty about capabilities in the sales process to a supportive onboarding -- that has shown they made the right choice.

“Working with WizeHive has changed everything for us.”

Advice from the Gene Haas Foundation

“Ask questions in the beginning of the process and learn everything that the system does. Over time we discovered functionality that we didn’t even know existed, and we would have used sooner if I had better articulated all my needs.” 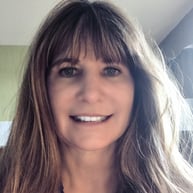