Connecting students with the resources
they deserve.

The Douglas Education Service District provides services to administrators, teachers, staff, and students across 13 local component school districts in Southwestern Oregon. Providing additional value to the small and often rural districts of the area, the ESD allows the region to have access to more diverse and higher quality services than they would be able to achieve or afford on their own.

“Our mission is to serve the districts and the children of those districts," says Alysha Barraza, the ESD’s Electronic Information & Design Department Coordinator. “We house things that schools aren’t directly funded for, like speech therapy, nurses, and mental health programming. We also receive grant funding from the state and Federal governments to provide additional programs, like the Preschool Promise program, early intervention, childcare, and special needs curriculum.”

Using tech to unify across miles

It’s a diverse group of programs and offerings across 5,071 square miles, but aside from providing students with the resources they deserve, the other unifying thread is that they are all managed using the Zengine platform.

“We originally signed with Zengine because when I came in as the grant manager, there was no grants management system,” explains Barraza. “All of the ESD’s reporting was sent from our subcontractors in email and Excel. It was breaking every link possible, and their information was always late, so our reports were always late. When I started using Zengine to collect their data and the email features to remind them of deadlines, it significantly decreased the amount of delinquent reports. This has not only made us look better as an ESD, but has helped us improve our relationships with those subcontractors.”

The system also vastly improved the way that Barraza was able to work with her grantees. The former Word doc application was informal and didn’t provide great data, and all that was collected was stuck in paper storage that few people had access to. “It’s been really nice to gather an application’s data and in the same system move them into an award, send out an award letter, and set up a reporting schedule with auto reminders. It increases efficiencies in gathering reports and meeting due date expectations, while allowing us to compile our reports for the Oregon Department of Education.”

With the quick initial success of Zengine for the grants program, Barraza began brainstorming what else the flexible system could do.

“I saw what it could do in the bigger picture and started thinking down that path,” she says. “The success that came from that was really because of the people that we were dealing with at WizeHive, and the fact that WizeHive was willing to be such a partner.”

Working with our team, Barraza laid out the many other programs run by the ESD and the data collection, sharing, and reporting difficulties they were facing. Together we set up new forms, portals, and workspaces, allowing all the players in these vital programs to have cleaner information, better visibility, and significant time and quality improvements in delivering reports.

Today, Douglas ESD uses Zengine for 31 different programs that include more than $25 million in grant funding. For Preschool Promise, a free preschool education program for low-income families, Zengine manages all program applications, data tracking, and management. For Uplift, a closed-loop referral system that provides assistance to services such as food stamps, health care, and parenting classes, Zengine has streamlined the entire process, allowing families to complete one form expressing their needs that then automates through the referral process and connects those in need with the correct community partners.

The team even found ways to use Zengine for more administrative programs. Noticing that the districts were having a hard time updating registration records manually when students moved, the ESD set up a District Transfer workspace within Zengine. The new system allows a district to share the new students that registered in their schools with the 13 other districts in the ESD electronically, and in turn for the district those students left to note the transfer. This simple system eliminates students wrongfully being marked as dropouts, which prevents schools losing funding. A similar homeschool registration form was also created to serve the same need.

Zengine has brought a lot of updates and technological changes to the ESD since the partnership began in 2017, but a structured training process has made the transition easy.

“I’ll admit it was hard to get some people onboard,” says Barraza. “We are in a rural area with the largest city being just 25,000. Some were apprehensive about an electronic database and they weren’t sure if they would be able to use it. But it was one of the best transitions they have made, and it has opened a lot of minds up to using other software that they had said no to before because it's been so user friendly.”

“Zengine has increased efficiency and allowed me to step into another position because we can be so much more creative with what we can do across the board,” says Barraza. “When you see how many different programs and use cases we now have, it's easy to see the positive impact.”

“Invest in technology. It’s not about reducing people or getting rid of roles -- it's about making people more efficient and reducing burnout. Find something that fits with your organization, but also find a vendor you can connect and work with because you’ll be spending a lot of time with them. Invest in a company that will work with you and be a good partner in the process.” 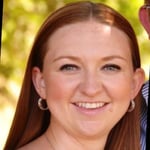