Launching a new initiative with smart tech that will support and scale.

The Competency and Credentialing Institute (CCI) is a leader in nursing competency assessment. They were founded in 1979 with a mission to support nurses working in the OR through certification, professional development, and lifelong learning. In the early days, CCI felt that the profession and the public needed a mechanism to formally recognize the specialized knowledge, skills, and experiences of perioperative nurses to promote optimal health outcomes, as demonstrated by achievement of peer developed standards. The potential existed to not only develop a credential that would serve as a badge of pride and distinction for individual nurses; but to also contribute to the overall improvement of surgical patient outcomes.

Today, CCI is the only organization that credentials perioperative nurses. CCI administers 4 certification programs and has certified over 42,000 nurses who work in the surgical setting.

The start of something new

In 2017, CCI hired a new CEO, James Stobinski, PhD, RN, CNOR, CSSM(e). Dr. Stobinski wanted to contribute even more to the profession, and considered ways to build upon CCI’s rich history and reputation in the nursing and credentialing industries. He thought the establishment of an independent 501(c)(3) foundation could be a way. Such a foundation could advance perioperative nursing science by funding research to enhance surgical patient care. It would also contribute to the growth of early career nurse scientists who desired to focus their scholarly endeavors on projects based in the perioperative setting.

“Jim presented his idea and business case to the CCI board and after much deliberation of the details, was able to convince everyone that there was an opportunity. The decision was made to start a foundation that supports CCI and this kind of research” says Lisa Alikhan, CCI’s Manager of Governance and Accreditation.

After CCI’s Board of Directors green lighted this ambitious idea, a small internal workgroup was given a year to execute the project. In 2018, the CCI Research Foundation was born, and Alikhan expanded her responsibilities to serve as the new foundation’s Program Manager. After  implementing a separate governance structure to steward the foundation, Jim and Lisa, along with the newly established Board of Trustees, guided by President Julia Thompson, PhD, RN, CNS-CP(E), CIP, CNOR, set forth five funding priorities or areas of research focus: nursing education and certification, nursing practice, nursing performance, leadership and management, and organizational climate.  “At the heart of it, our foundation is of course interested in studies that link perioperative nursing certification and improved patient outcomes, but we wanted to expand our scope and breadth to include other types of research projects as well. If a link can be established to correlate any of our funding categories with improved outcomes, we’ll consider funding the project.” explains Alikhan. The group also decided to create three levels of funding to ensure a diverse representation of research levels and projects.

Planning a smart process from the start

Once the funding priorities were decided, it became very clear that the next step before launch would be to create an organized and effective application and review process for the grant seekers. The Foundation added Samantha Zinkand to their team to help with this project and other daily operations. In just a short period of time, however, internal capacity was spreading thin and Alikhan recognized the new entity had the potential to grow quickly, even beyond the organization’s in-house capabilities.

“Because we are in the start up phase for the first two years, the only dedicated staff is me and Sam, and we each wear hats on the CCI side as well,” says Alikhan. “We were looking for a way to streamline our efficiencies. We really didn’t know what the volume of applications would be, but we knew if we started manually there would be a lot of shuffling of paperwork back and forth, sharing files, uploading of documents, etc.; all of which could result in embarrassing errors.”

Hence the search for a grants management software platform began, and soon Alikhan had connected with WizeHive and was working through the details of how their foundation’s new grant program could operate more smoothly through the Zengine platform. While drafting and working through the requirements, Alikhan and Zinkand quickly realized how important having an online system for the collection and review of grant applications would be.

“We wanted a platform that would enable us to accurately evaluate proposals,” says Alikhan. “For us, it was really important that we not make mistakes. The system allowed us to set up and build calculated weighting into a complex scoring rubric. This sharply decreased our margin for error, which is critically important to our audience of nurse researchers.”

Investing in tech to power a small but mighty team

Once the CCI Research Foundation’s team understood that the system had the ability to track incoming applications, email applicants, and allowed for  in-portal submission of executed grant agreements, and more, the small but mighty foundation was ready for Zengine to power their inaugural grant program and funding cycle.

“Applications, reviews, processing, correspondence, financial tracking, reporting -- for us as a new foundation with a small staff, it was a major challenge. And due to budget restrictions, we thought we would have to do it ourselves. When we compared the WizeHive Zengine platform against others in the market; they just didn’t have the same capacity,” shares Alikhan. “Out of the box Zengine was what we needed. It had a  beautiful interface, and it was intuitive from a programming and admin standpoint -- for someone like me that doesn’t consider this area a strength, I could figure it out.

The support structure was also very important to us during the vetting process - what kind of resources could a vendor offer? The step by step help of the WizeHive team and the resource library, videos, and tutorials were great for us. And the cost was extremely competitive. This was an unbudgeted expense that we had to make a case for, but when we told our board we thought we needed a grants management system and showed them what Zengine could do for us, they were convinced.”

The CCI Research Foundation officially launched their first funding cycle in February of 2019, and exceeded expectations for both the number of applications received and the total dollar amount funded. “We didn’t know what to expect, but we got a fair amount of diversity across multiple tiers and funding priorities,” says Alikhan.

In addition to awarding $89,000 to support perioperative nursing research, the foundation was also thrilled that a number of CCI’s corporate partners expressed an interest in partnering to help fund projects in the future.  “This means that at some point in the future, we may be able to offer different types of grants - for us it’s been a good call to have a full cycle grants management system already in place. “It’s nice to know that as we grow, an infrastructure is already in place that will allow us to partner and accommodate different funding opportunities and grant options.”

“Being in our first year, we’re in an experimental phase and it’s about trying different things out, but what I love is that we’re learning so much and there’s so many more opportunities for our new foundation,” says Zinkand. “I have ideas on how to continually tweak the system and refine our processes to make it work even better for us.” 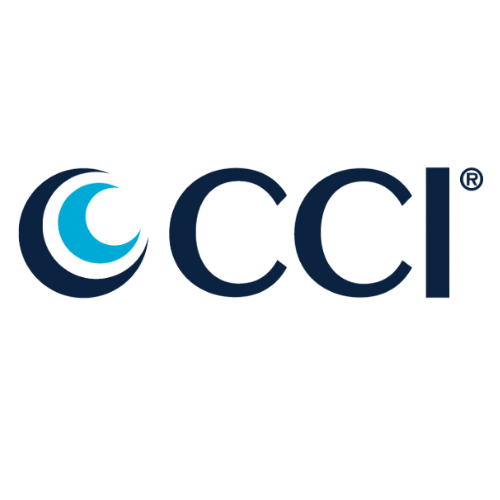 Advice from the CCI Research Foundation

"Learn as much as you can while you have your implementation specialist. It would have been easier to ask him to do updates for us, it was much more useful in the long run to have him show me and then have me do it on my own."