Moving from a paper process to an online application more than five years ago improved things for the Texas State Affordable Housing Corporation. Taking the next leap and moving to Zengine took it to the next level.

Partnering with nonprofit organizations and rural government entities to provide housing services for low-income families, The Texas Foundations Fund of the Texas State Affordable Housing Corporation began serving its community in 2008. But as they launched programming using hard copy applications and paper processes that were “awful and archaic” for the team to manage, they quickly realized they needed an online application-based system to fulfill their mission.

When Katie Howard Claflin, director of communications and development came on board, she decided it was time for an upgrade. “I started looking for a new system and at the time I was a grant writer and I was familiar with systems used by banks,” said Claflin. “I did my research and found some options.”

To narrow down the grants management platforms, Claflin created a list of the features she knew the organization would most benefit from. “At the top of our list was integrated reporting and review options,” she said. “We have many reviewers as part of our process, including an advisory council, so integrated reporting and review options was a must have.” They also needed two-step reviews. “We wanted a system that would allow us to assign applications to people and provide various levels of access.”

Claflin found her solution with WizeHive, and the Texas Foundations Fund upgraded to an online process using our Select platform in 2013.

It was a gigantic step in the right direction, but as time went on and the team became more familiar with technology and its growing capabilities, they began to identify a second wishlist -- features they wished Select might release. The biggest challenge was backend access. “I was the only person in the backend looking at applications and it was tricky,” said Claflin. “I needed this to be a little more intuitive with the ability for multiple people to log in.”

When the team planned to add a second program to Select in 2018, the team at WizeHive responded with a suggestion -- would they consider launching this new program on their latest platform, Zengine? “We did a quick demo and were immediately impressed,” said Claflin.

With Zengine addressing all their online process flow needs as well as the backend roles and permissions wishlist they had assembled, the organization was able to launch quickly with their new program.

“Our foundation has a complicated, multi-step application and review process, and Zengine worked really well for that,” said Claflin. “We love having the scorecard and the application side by side. When we did the demo that was what got our attention.”

Zengine also offers easier access to everything. “Select has various portals with different stages of the application and different reports,” said Claflin. “This caused confusion for the team. Having everything accessible in one place with Zengine has been great.”

As the staff prepares for the next application cycle, Claflin knows the whole team is on board with Zengine. “For our staff that has been here when we launched Select, everyone really likes Zengine more,” said Claflin. “The tabs make navigation easier, it’s more intuitive, and emails are easier. Select was good, but Zengine works much better for our needs.” 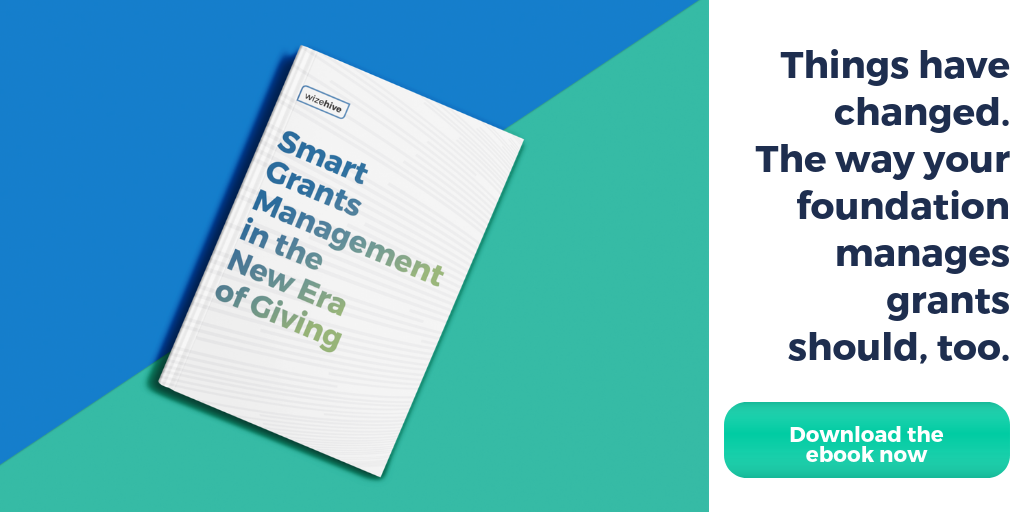