A System That Serves: A Case Study With the Virginia Sheriffs' Institute

A disjointed process and a heavy administrative burden were preventing this association from focusing on their members. The addition of Zengine took away frustration and that distraction.

It’s a phrase we never want associated with, well, anything. Certainly not with our jobs. Yet for Megan Williams, deputy director of the Virginia Sheriffs’ Institute, it’s exactly how she described her organization's previous scholarship process.

The Virginia Sheriffs’ Institute (VSI) Scholarship program was established to provide an opportunity for young people across Virginia to pursue an education in criminal justice. The program is run in conjunction with Virginia sheriffs’ offices -- a connection that helps build personal relationships between applicants and their local law enforcement but that also created a fragmented and complicated administrative process.

"We had an online form, but only about an eighth of the applicants would use it,” Megan explained. “And if they did, we just printed it off in the office. Most would come as paper applications in the mail, along with all the attachments. Pieces came in emails, faxes, and all sorts of crazy different ways, and almost always right at deadline. So we’d take all of those and put them into an Excel spreadsheet to try and get organized. It was a lot of work, and that’s what we wanted to get away from.”

Megan’s journey to a better process began almost serendipitously, as during a frustrating application cycle she stumbled upon an email discussing scholarship management platforms -- something she hadn’t known even existed. At the same time, her high school-aged daughter began applying to colleges, and Megan began seeing how many programs were online and had clean functionality that she was missing.

“As I began seeing what was out there as options, I realized that a system like this would be amazing,” she said. “I started looking for something that would allow me to do everything online and stop all the madness of trying to re- input things … and dealing with horrible handwriting.”

Megan began speaking with various solutions and soon met with -- and decided to partner with -- the team at WizeHive. Her reasons: great features for the right price.

“I really appreciated being able to design the application online the way we wanted,” she explained. “The program’s process has not changed since going online -- it’s now just automated.” The Zengine platform’s flexibility provided the attractive balance of keeping the workflow the organization was comfortable with and the ease of being able to gather the information in an quicker, cleaner way.

Megan also has a soft spot for the built-in letter generator, which allows her to generate personalized letters to each scholarship awardee with a few clicks.

At the end of the day, Zengine delivered VSI the opportunity to continue a program they believed in without the immense effort and frustration it could cause. By removing “days and days” of tedious manual work from Megan’s schedule, she and her team can now focus more on the students, their success, and furthering the VSI’s mission. 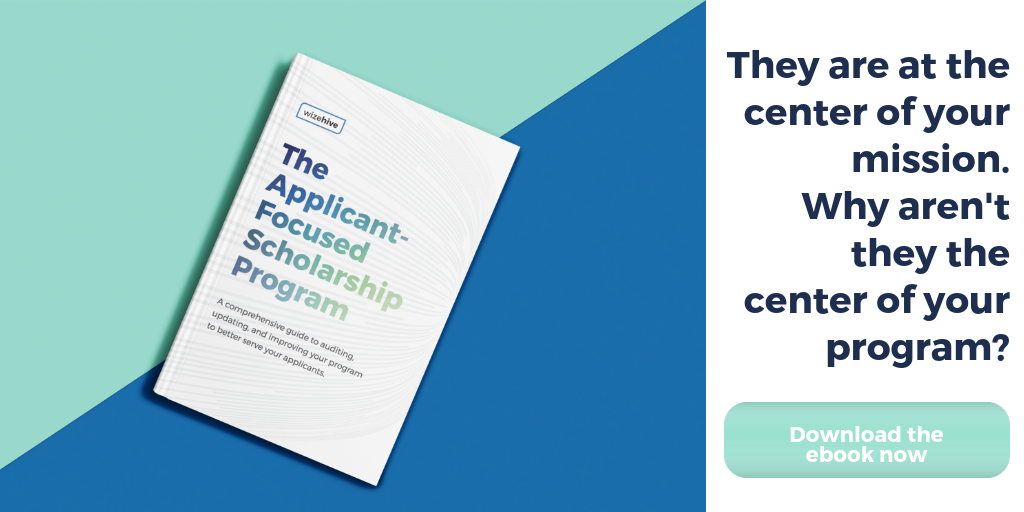