Philadelphia, 1854. It was an era before things like insurance and 401Ks, and business owners had little to serve as a safety net other than each other.

So, not surprisingly, that’s what they did. Merchants, as they were commonly known, in the city formed a mutual aid society, a practice which was actually quite popular in the day.

“Merchants could pay into a fund, I think $3 a year, and essentially ‘insure’ themselves against future unknowns,” explains Jill Fink, The Merchants Fund’s Executive Director. “Merchants that fell on hard times could apply to the fund for support. That came not only financially, but also with networking support, and the business owners leveraging their relationships to support each other.”

In addition, the Fund supported its members into their old age and retirement, providing a sort of pension once their working days were through.

The Merchants Fund (TMF) recognized the importance of small businesses, and built itself on celebrating and supporting that community.

More than 150 years later, The Merchants Fund still holds true to that central mission. Although the programming of the organization has evolved to grant assistance to Philadelphia's small businesses in financial need, Fink says being a resource to lean on in difficult times and to grow through in the good is still what the nonprofit is all about.

It’s a mission that Fink experienced first-hand; her earliest connection to the organization was not as a staff member, but as a grantee.

“In 2008 I received a grant to support the business I owned at the time, a cafe. And then in 2013 I was asked to join the board, and served from 2013-2018,” she says. Fink had just sold the cafe when TMF’s executive director announced she would be stepping down. The board requested Fink step in as the interim director. Nine months later they asked her to make that position permanent.

“I would get questions from our board and staff on the impact of the grants -- How much was being invested in different areas? Where were grants being made? Could we drill down on a sector? A ZIP code? Where are the gaps where we aren’t making investments, and why? What’s the ethnic and racial makeup of our grantees? -- and all of that was really hard to verify because of the way we had been doing things previously.”

With nothing but paper and spreadsheets to turn to for these answers, Fink found herself in need of a tool that could not just store her data, but enable her to utilize it.

“Recognizing the need to have better data and better ways to compile that data and use that data to make decisions about how we were making grants was really important, and we knew we had to invest in technology to do that,” she says.

At the same time, Fink knew any platform TMF might onboard would need to have an approachable application component.

“Some of the grantees we work with are non-native English speakers. Many tend to have low literacy for technology. Those were, and continue to be, concerns for us as we think about our platform, and considerations we give a lot of thought to as we build applications,” she shares. “The user experience is really important.”

Shopping (local) for a partner

Fink began to research the grants management platforms on the market, keeping top of mind her user experience and reporting needs. Soon she connected with the team at WizeHive.

“The dashboards and reporting ultimately felt easier and more streamlined in Zengine,” says Fink. “It was also meaningful that WizeHive was local to Philadelphia -- since using our purchasing power to buy locally further advances our mission.”

Having never utilized a grants management system before, Fink admittedly ran into some stumbles as she worked through the Zengine implementation process. Learning curves and timing issues caused some frustration. But the help of her dedicated Implementation Lead began to smooth the path.

“Working with her was awesome,” says Fink. “Her knowledge of the system and how to set up workflows to have it do what we wanted made a big difference.”

WizeHive’s responsiveness and assistance when TMF had to quickly pivot and change their program, process, and application form during the COVID-19 pandemic solidified Fink’s confidence that she had made a good choice.

Fink had just set up an enhanced process in Zengine when the decision to change programming was made, so she’s hoping to see the benefits of those improvements next year instead.

“The bulk email function is something that we have been able to use a lot -- it’s great being able to see who has opened emails and which have bounced because they entered an email address wrong. It helps us be more proactive with outreach,” she says. “We have also done much more in using the dashboards this year to get the data we want.”

In addition to launching the updated traditional workflow for 2021, Fink is also looking forward to importing historical data from 2007-2018 to create new reports showing trends and changes TMF has made over time.

Advice from The Merchants Fund

“Be clear about why you want to move to a new technology, and the goals you want to achieve with it. This will help you define the questions you really want to ask during your demos and ensure the vendors you are considering can show you the features important to you and how they will work. Don’t be afraid to speak up and get the information you need.” 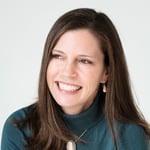