Creating a powerful yet approachable process for one of the nation's largest scholarship programs.

The Coca-Cola Scholars Foundation (CCSF) amplifies the impact of visionary leaders who are refreshing the world through scholarships, lifelong learning, and a powerful community of mission-driven changemakers. And it all starts with an application submitted during the senior year of high school.

A partnership between The Coca-Cola Company and Coca-Cola bottlers across the country, the Coca-Cola Scholars Foundation has awarded more than 6,600 students with over $78 million total in scholarships since 1989 through its Coca-Cola Scholars Program. An achievement-based program, it recognizes 150 students each year who are making a positive impact in their schools and communities through their leadership and service with a $20,000 college scholarship.

The prestigious program typically receives upwards of 200,000 applicants annually.  So, it’s not surprising that when their homegrown software started breaking under the volume, CCSF quickly began looking for a new platform that could handle both capacity and complexity.

In reviewing potential platforms, at the top of the CCSF team’s must-have list was a system that could run both phases of their application: an initial scoring algorithm that narrows the list of finalists down to 1,500 and second-round reviewer assignments based on the selection districts where the students reside. They also knew they needed a product that had best-in-class tech support, product design, and ease of use. What’s more, they wanted a solid relationship with their vendor partner.

After reviewing the solutions and services of about a dozen providers and receiving recommendations from other organizations, CCSF selected ZengineTM by WizeHive.

Without an internal IT team to maintain the product, CCSF appreciated the expertise WizeHive’s staff could bring to the table, allowing the scholarship team to be involved with designing the application and back-end processes and automations but then rely on the WizeHive Implementation Team to do the heavy lifting.

Integrations were also very important, and CCSF asked WizeHive’s product team to replicate their previous systems outputs into Zengine. Working together as a team to expand capabilities and phase releases, WizeHive was able to meet all of CCSF’s needs.

Over time, the CCSF team found the Zengine platform offered even more than they’d originally sought, and also the scholarship program and processes were evolving.  As a result, they’ve been able to expand their use of the system.

“After the first year, we saw how easily the WizeHive interface could be edited and adapted to our evolving needs,” explained Jamie Williams, Ed.D., Director of Scholarships for CCSF. “I now refer to it as our ‘WizeHive ecosystem’ that extends beyond the initial application phases. Our Scholars now use a Zengine portal to complete the annual renewal process, answering several important questions and uploading transcripts, as well as to request each academic term how they would like to use their scholarship.”

This annual renewal process was also improved in Zengine. In CCSF’s previous system, the process could take up to five minutes per Scholar to review their information and uploaded documents. Since it all lives in one place in Zengine, it takes no more than 30 seconds to open, review, and acknowledge a submission. That same seamlessness extends to the scholarship request portal, because Zengine integrates with CCSF’s separate financial management CRM.

After year two is when CCSF started expanding capabilities within Zengine to include three additional portals. The first one built was to collect vital information and identify chosen Scholars, rather than using the previous older system. The next two were built concurrently: the annual renewal portal and the disbursement/deferral request portal (as described above).

“WizeHive was very thoughtful and deliberate in building out the now four portals that we use to engage applicants and Scholars,” Williams said. “The discovery process for each was very thorough, and actually helped us reconsider and refine some of our processes. Once the team built and tested the portals, we have found it easy to manage nearly all aspects of administering, updating, and reporting that are built in. But the great thing is, the same care offered with the initial build outs and testing has extended into our fifth cycle -- if there is ever a question or concern (or I've done something wrong!), I know I can rely on them to get our system where it needs to be.”

While the "WizeHive ecosystem" that Williams termed above does not extend beyond the application cycle and the currently-enrolled Scholars' renewal and disbursement request process, this ecosystem does support the majority of the core business functions of administering the largest achievement-based, corporate-sponsored scholarship in the US. 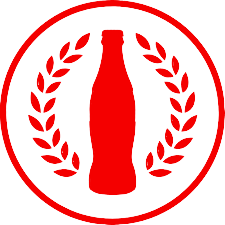 Advice from the Coca-Cola Scholars Foundation

“In seeking any kind of new technical vendor, approach with a mindset of co-designing and not simply taking something off the shelf. A good partner should see your organization's success as their success and be just as committed to smooth, responsive operations. WizeHive stood out on this measure from beginning to end, and still does!” 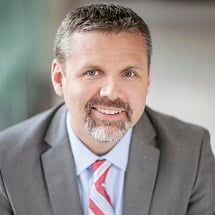